Posts in Category: All Things Denote

All Things Denote there is a God- Light Comes after Dark

The journey of life is filled with peaks and valleys- beautiful vistas and dark recesses. It is often after our most difficult challenges that we are blessed with light and brightness. In fact, we can not fully appreciate our blessings from God until we traverse the challenges of mortality. The pattern of the morning darkness giving way to a beautiful, bright, sunrise is God’s daily reminder to us that His light and His blessings will come if we but stay patient and faithful to Him. He will allow all things to work for our good. 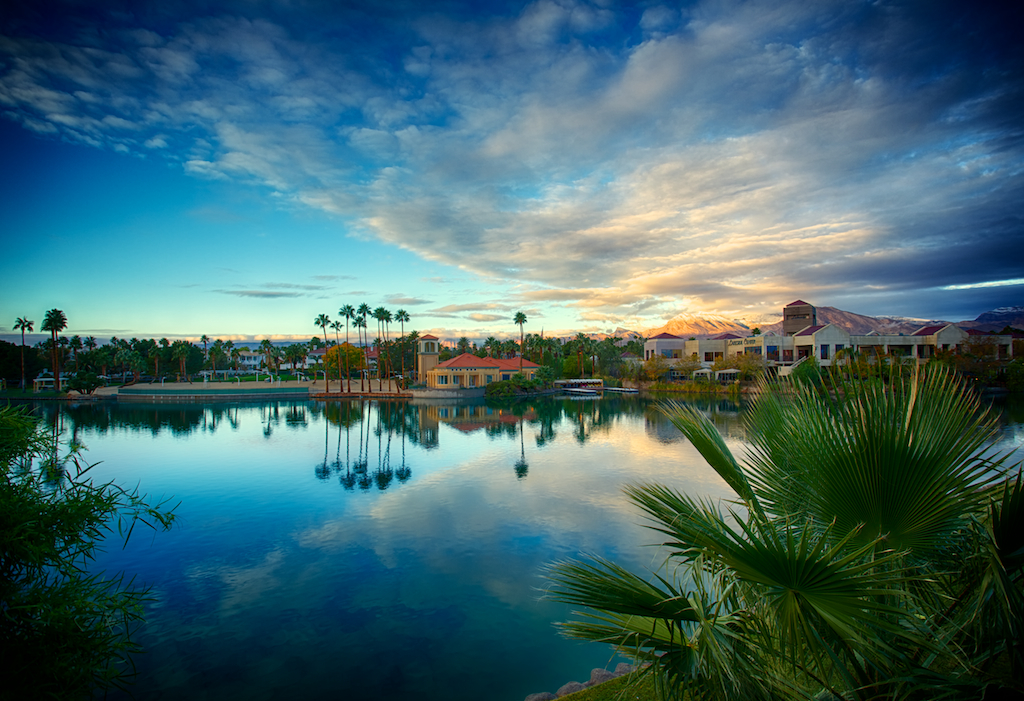 All Things Denote there is a God- God Touches the Sky

We often overlook the beauties that God puts before us each day. A friend sent me a text earlier this morning, wondering if I had noticed the clouds. She said, “It looks like God dropped his eraser on the sky today.” Indeed the clouds this morning had also caught my eye. I am thankful for the beauty that comes to us through God’s heavenly canvas. 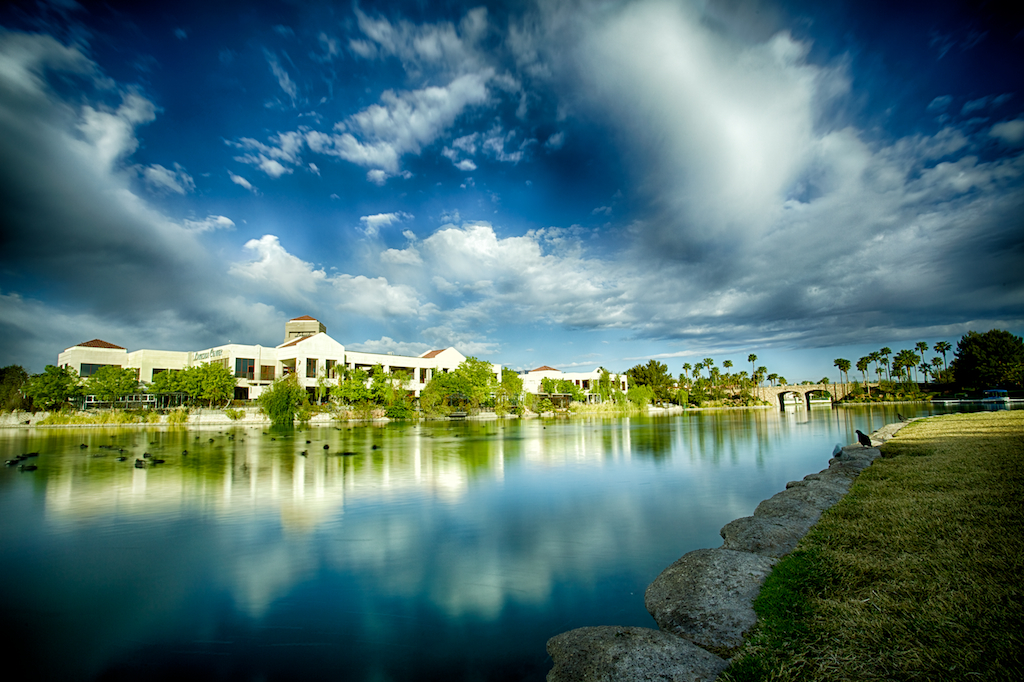 All Things Denote there is a God- Temples and Symbolism

Throughout our mortal journey, God gives us symbols to help us better understand Him and His ways. We have the blessing and responsibility to look beyond the earthly representations around us that we might comprehend the things of eternity. God’s holy temples are one of many evidences of His love. It is in the temples that we have a more direct conduit to the peace, joy and understanding that God has send us here to find and experience. The temples are richly symbolic, inside and out. If we are prepared spiritually, these symbols open up our minds to more fully comprehend God’s plan for us. 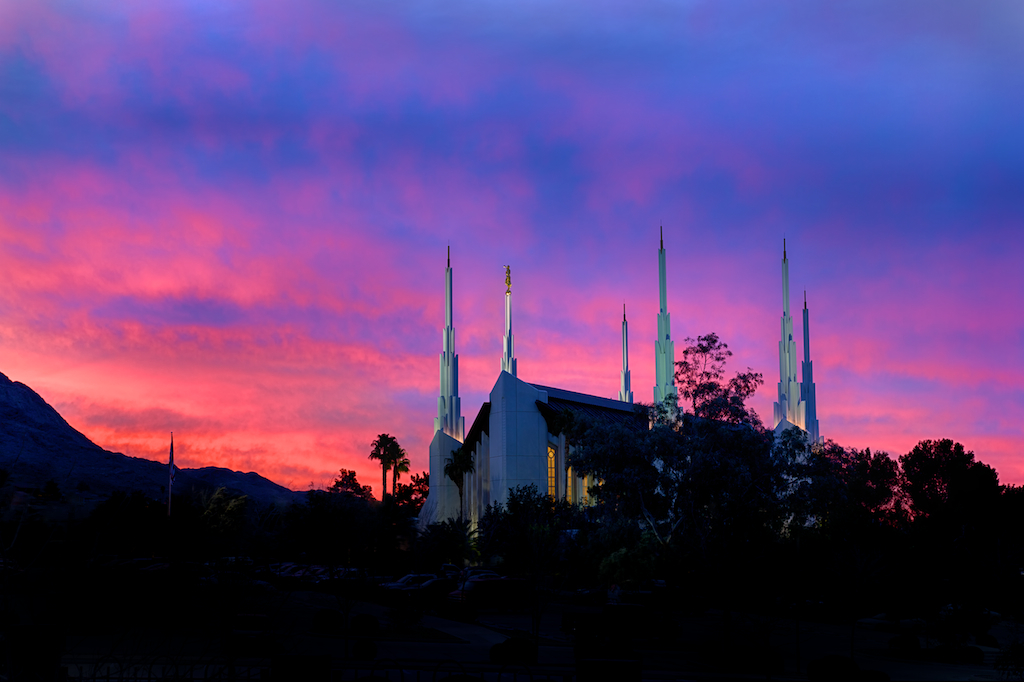 All Things Denote There is a God- Mountains

LDS temples are special edifices. Unlike LDS chapels that are numerous and used for regular Sunday worship, LDS temples are fewer in number and are reserved for specific ordinances and covenants with God that allow families to be bound together in the eternities.

Mountains have often been symbolic of high places where one can get closer to and commune more directly with God. LDS temples symbolize spiritual mountains as taught in the second chapter of Isaiah where temples are described as “the mountain of the Lord’s house.”

I am thankful for the beautiful LDS temple in the Las Vegas valley. My experiences there have been life-changing and have brought much peace and understanding to my heart. 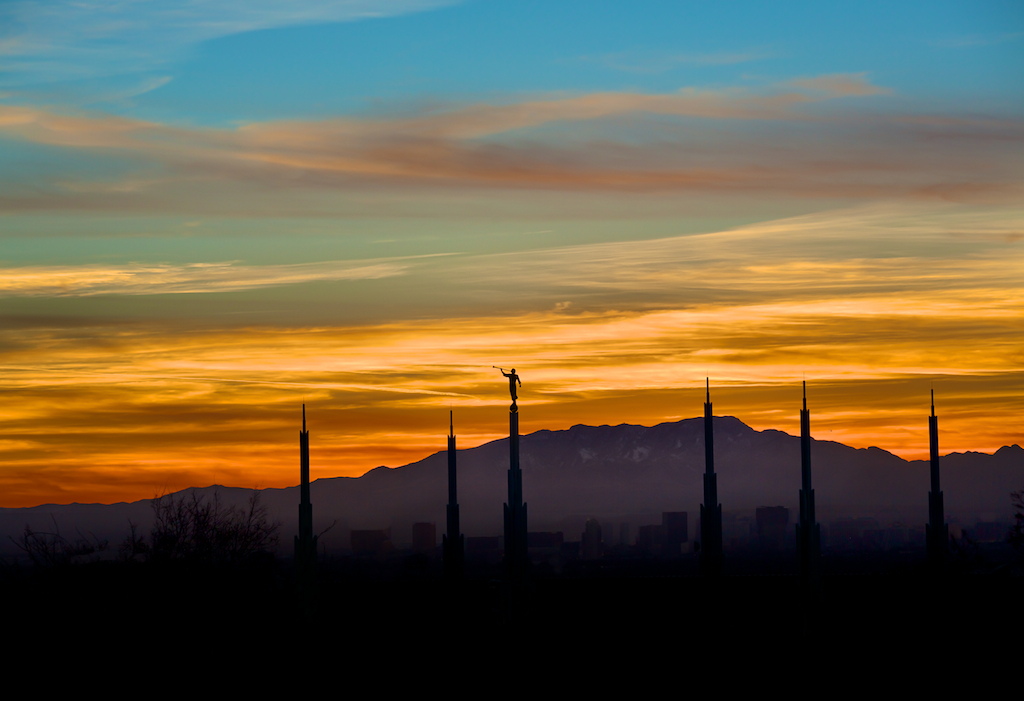 All Things Denote There is a God- More Than a Performance

Michelle and I were participants this year in the reenactment of The Nativity at Opportunity Village. Throughout this past week, the multi-evening event was pleasant and fun but felt somewhat procedural. That is, until the last performances on Saturday night. Between performances that night, the cast joined a men’s choir in singing “Silent Night.” During that song, the reality of the Savior’s birth was again felt deep in my heart.

I had learned previously of the goodness of the God-fearing shepherds that tended the sheep that special night. I was representing those holy men in our modern-day reenactment. After singing with the men’s group, I went out to the next performance and stood in the staged shepherds’ field. I wondered to myself if I would have been worthy to be one of the ancient shepherds of Bethlehem. As that performance ended, a cute, little, blond girl came up to me and asked who I was. I responded that I was a Shepherd. Then her next question was penetrating. She asked if I was a nice shepherd. The young girl’s question seemed inspired as I had wondered, minutes earlier, if I could measure up as one asked to tend a portion of the Lord’s flock.

Saturday evening, I was not just a performer. I was blessed to feel deeply of the Savior’s reality and of His influence upon my soul. 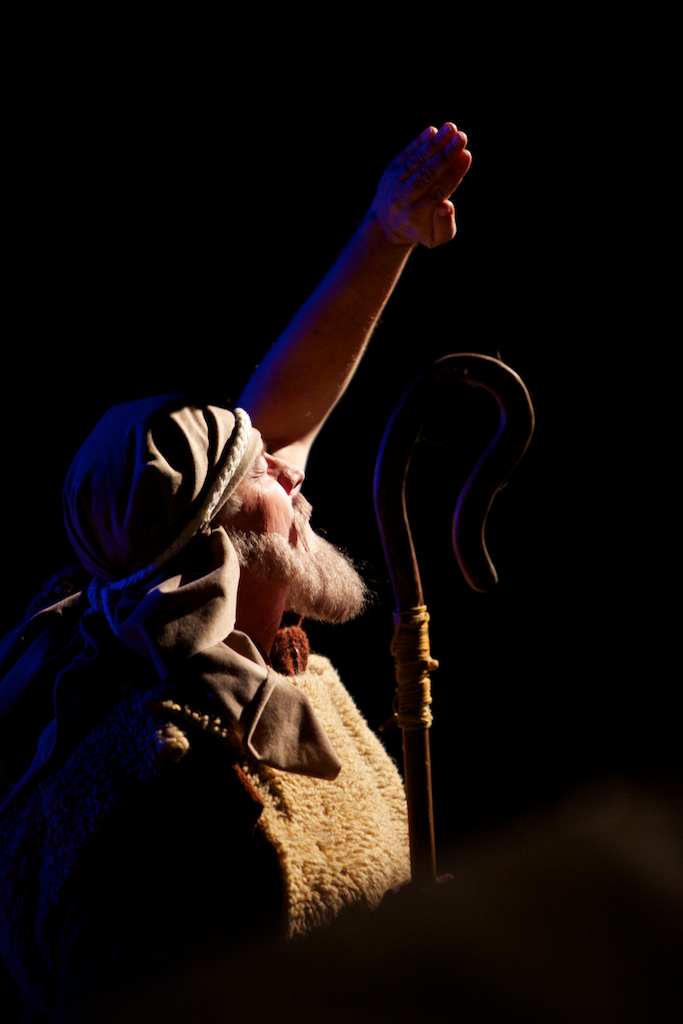